The first three times I visited Malta I stayed in or around the town of Sliema. It usually meant having a great view out over the capital Valletta and easy access to many restaurants and shopping. Our fourth day in Malta this year had started with a hike from Marsaskala to Marsaxlokk and we were now looking for a playground for Little A as well as a place for lunch. That is the reason why Sliema once more came up as an option for the afternoon. We eventually took a taxi from Marsaxlokk to the large playground we knew in Sliema.

Little A had visited this playground twice before. But as it was prior to the pandemic, our little 4-year-old had no memory of ever being here. The playground is right next to the walking path along the waterfront, not far from Tigné Point. It is actually split into four “pits”, depending on the child’s age. So we started with the playground for smaller children, continued to the larger climbing structures, and then to the one for the older kids. Well, let’s say that Little A was too big for the first and too small for the last. Especially since the last one was severely damaged and in need of repairs.

Lunch and Shopping in Sliema

After about an hour at the playground, we were in need to find something fast for a late lunch. It resulted in hamburgers with a view out over the bay and Manoel Island. This is an area we explored a lot during our visit in 2019 and it is close to the larger shopping mall at Tigné Point. Here our focus was to find a toy store. Having to walk around with a facemask had the effect on us that we didn’t want to linger for longer than necessary. I assume that we were simply not just used to it as Sweden has had a much more relaxed approach. So, eventually, our shopping spree consisted of a visit to the toilets and the toy store before we were once more out on the streets of Sliema. It was time for us to walk back to the waterfront and the ferry across the bay to Valletta.

We had decided to enjoy the evening ferries around Valletta. They are a cheap and fast means of transport to reach the capital and cross the bay. The drive is usually very time-consuming due to the amount of traffic. And, it gave us a chance to enjoy the sunshine as we waited for the next ferry.

A Short Exploration of Valletta

Valletta is in my opinion one of the most impressive capitals in Europe. Its long history, the large fortifications, and especially the compactness of the city all contribute to a specific indescribable feeling when walking along its streets. If they just would make the whole city into a pedestrian zone it would be even more amazing.

The ferry across the bay from Sliema includes not only the sight of Manoel Island but also the huge city walls of Valletta and the dome of the St. Paul’s Cathedral. Once in Valletta, there is a climb along the narrow streets to reach the main pedestrian street. The sun had started to set at this time and once we reached the gates of the city we were greeted by the sun shining low on the walls. We directly continued to the Upper Barrakka Gardens, from where it is possible to get a great view of the Grand Harbor and the Three Cities. It is also a perfect location to take that family travel photo, especially as the sun starts to set. Birgu and Senglea do create great scenery in the background.

From the gardens and viewing platform, there is an elevator down to the street below, from where the ferry to the Three Cities departs. Even better, we did not have to wait long for the ferry.

Crossing the Bay to the Three Cities

While waiting on the ferry we started to talk with an older Maltese man. During the crossing, he continued to tell his experience of the development of Malta. How many of the towns today were traditional fishing villages just a few decades ago. Only thinking back the last 10 years that have passed since the first time I visited Malta, much has changed. The construction sites have been many and new high-rises have popped up here and there between the visits.

It was almost dark once we had crossed the bay and got off at the outskirts of Senglea. We first considered taking a taxi from here but wanted to first buy some groceries for the evening and the next morning. Carrying Little A we soon walked towards Fgura, where we knew there would be a larger grocery store. And the bus to Marsaskala had a stop close to the store as well.

It is actually an impressive walk from Senglea to Fgura. The walk soon took us through Cospicua towards St. Helen’s Gate, a part of the Santa Margherita Lines. Soon afterward we had also passed through the walls of the Cottonera Lines and had entered Fgura. The supermarket is located at one of the larger crossings in Fgura. As it turned out, we ended up with more in the bags than we first had calculated to carry back to Marsaskala. We even had to decline an offer for a six-pack of water for free, as we did not want to carry both 9 kilograms of water as well as Little A.

Once back in Marsaskala it was just the long walk up the hill before we could sit down and rest our feet and enjoy a glass of the local wine. Little A was soon asleep this evening, she probably would have liked to sleep already on the bus back. We were ready for new adventures in the next few days. 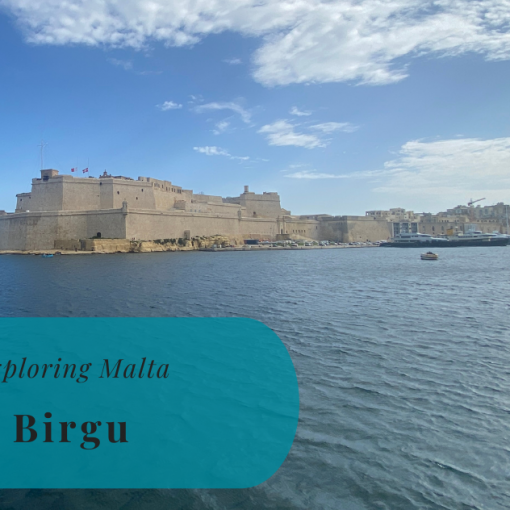 Birgu is one of the most historic towns in Malta and part of an urban area known as the Three Cities. The […]

There are huge advantages to know people at your destination. Malta really was a destination with such a benefit. Old classmates, acquaintances […]

Sliema is a town located on the other side of the bay from the Maltese capital Valletta. It has grown into a […] 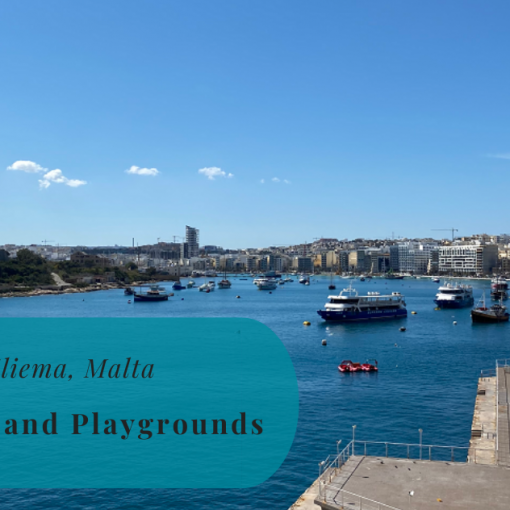 During my three last visits to Malta, my base has been in or around Sliema. This time was different, but that doesn’t […]

One thought on “Sliema, Malta – Playgrounds and City Life”