Järlåsa Parish has a history stretching back to the Middle Ages. The first known written mentioning of the parish dates back to 1291. The current church was inaugurated in 1688, the ruins of the stone church from the Middle Ages can be found just a few hundred meters away.

The development of the nearby locality sharing its name began in the early 29th century. The locality is within the old parish and both Järlåsa and Järlåsa Kyrkby became part of Uppsala Municipality in 1971.

Things to Do and See

There is one prominent building in the small village and that is the church of Järlåsa Parish. In addition, there is plenty of nature around and the countryside atmosphere that for many people can consider relaxing.

At the center of the village is the Järlåsa Church. The church was inaugurated in 1688. Its exterior has to the most part been unchanged since the second half of the 18th century, but the last restoration was completed in 1994.

A few hundred meters north of the current church are the ruins of one of its predecessors. Not much is left of the stone church from the Middle Ages. It is, however, one of the more historically significant sights in the area.

Flights: The closest airport is Stockholm Västerås Airport (VST), 66 kilometers away, which has mostly low-cost carriers. In addition, there is Stockholm-Arlanda Airport (ARN), 67 kilometers away with both domestic and international flights.
Car: Järlåsa Kyrkby is close to road 72 between Heby and Uppsala.
Bus: Local and regional UL buses connect Järlåsa Kyrkby with the surrounding region.
Train: There is no train station here. However, there are train stations in both Morgongåva and Uppsala.

The large canons has for a long time looked out over Boden and the Gulf of Bothnia far in the distance. Because […] 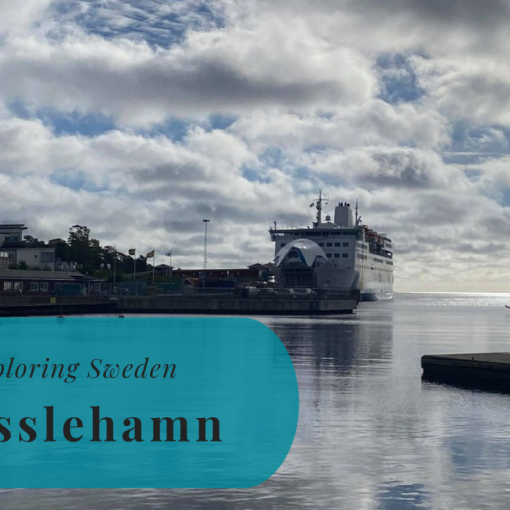 Grisslehamn is a small locality in an area known as Roslagen. This is an area from where it is believed people emigrated […]

It is finally summer here in Sweden and even though May was colder than normal, the temperature has finally increased. Well, at […]

Yesterday evening we returned to where the adventure started about three weeks ago – Vagnhärad. Our car has now taken us from […]