It is time to welcome the new year and we are looking forward to exploring several new places in the coming months. It is, however, hard not to be sentimental and remember all the amazing places we visited in 2017. We actually lever left Europe last year, but we did explore a few new countries. Here are our favorites, our top 10 visited places in 2017.

Most of our top 10 visited places in 2017 are from our road trip in August and September. We went to so many nice and amazing places. Unfortunately, most of them are not able to make it to this list. How about Namur, Maastricht, Luxembourg City, Lübeck, and Metz? Jesper would probably also like add a few from his road trip in Slovakia, but these are only the ones we explored together. That is why also Vienna, Bratislava, and Zvolen are missing from this list.

Let’s get started, shall we?

On our way back home from France, we made a few stops in Denmark. Denmark was actually more of a transfer country on our way back home. Even though we were greeted with rain, we found some interesting places. Aalborg is Denmarks fourth largest city and it is nicely located next to the fjord Limfjorden. In the end, it might have been the fact that that we met an old friend that made sure that Aalborg ended up on this list of our top 10 visited places in 2017.

When planning our road trip to France and back several friends recommended the German town of Cochem. Right next to the Moselle River, this small town has some of the most incredible views that we have seen in Germany. The Reichsburg located on an adjacent hill, with the hillside filled with vines, is for sure the crown jewel of any visit to Cochem. We wouldn’t mind returning one day to explore more of the valley that surrounds this picturesque little town. However, there were too many tourists for our taste. Who knows, maybe this town would have made it higher on top 10 visited places in 2017 had it not been for all the crowds. We have seen quite a few fairytale castles this year. The only one really competing with the Bojnice Castle in Slovakia is the castle overlooking the Our River in Vianden. The town itself is as picturesque as most of Luxembourg, Vianden did, however, offer some of the best views over the Our valley. The main reason for not ending higher on this list is because of the inaccessibility with a pram. We were not able to enter the castle or see some of the surroundings parts when traveling with our Little A. We are quite frequent visitors of our neighbors across the Baltic Sea. Tallinn is a reoccurring destination and we could not miss visiting during 2017 either. Tallinn in fall is special, the colors create a splendid frame around the already impressive historical buildings and the city wall. The Estonian capital has never disappointed us and it would be difficult not to include it on a list of this kind. For our road trip, we had a few places in Germany that we wanted to see. We did, however, believe that the best sights would be found in France and Belgium. As you might see by now, there are several places from Germany on this list. We found three small towns on several lists of towns to see in Germany. All located neatly on a line, just next to each other. We did eventually visit all three, and we do now understand why they were recommended. Wernigerode standsalong the so-called German Timber-Frame Road. It really is the architecture that makes Wernigerode special. That, together with the castle uppon the hill. Can a town in Europe really not have a castle?

Quedlinburg is another of the three small German towns that are located just next to each other. The third, Goslar, did not make it onto this list. Quedlinburg had something special about it. Like the other two towns, it was filled with Timber-Frame buildings. Once a border town in East Germany, it did, however, feel a bit more untouched than the other two. Walking along the cobblestone streets was a special feeling. The castle was probably as far from the fairy tales as it gets, but it had a charm that stuck with us, This is one town in Germany we would like to return to one day. Our visit to France included several sights from the two world wars. None was however as telling of the horrors as Verdun. Most people – especially those interested in history – have probably read about the battles around Verdun during World War I. Seeing the bunkers, the graveyards, and trenches sure make you realize the scale of everything. The enormous amount of soldiers that found their final resting place here is somehow scary. Verdun is, however, more than only the battlefields. The town itself is beautifully located next to the Meuse River. Monuments and the citadel are only a few of the sights that we will remember from our visit to this small town in northern France. The Capital of Champagne – Reims. That probably explains why Reims is on this list. This sprawling French city combines both history and a bit of luxury. How about enjoying some sightseeing before continuing to one of the champagne houses for some champagne testing? That combination is hard to beat. The Notre-Dame de Reims – the Cathedral – is certainly very impressive, but Reims has that special charm that tells you that you are in France. Let’s return to the Baltic countries and the Latvian Capital – Riga. We have been to Riga several times in the past, but never in winter. The snow created a magical feeling while walking around the quaint streets. We enjoyed seeing the art nouveau buildings, the old Hanseatic heritage and the view along the Daugava River. There are few places that can compete with that. We are feeling lucky that the city is within such an easy reach from Stockholm and we will probably also return during 2018. One of the main reasons for Riga being on this list of our top 10 visited places in 2017 is the fact that we still after several visits think that there are so much more to explore. Sometimes you decide – quite surprisingly – that you want to return to a town already during the ongoing trip. This is what happened with our winner. Here’s the number one on our top 10 visited places 2017 – Saarburg surprised us with its beauty. Our first stop in Saarburg was more an impulse stop on our way to Trier. The highlight of our day trip was eventually not Trier, but the much smaller Saarburg. With the vineyards along its slopes, the waterfall in the center of the town and the old castle up on the hill – the town must be stolen from a fairytale. Our experience was further enhanced during our second visit, which coincided with the annual wine festival. As we mentioned at the beginning of this post, picking only ten places was difficult. Maybe a bit too difficult, as we also wanted to add one more city. We stayed for a few nights in the Belgian town Hasselt and really liked its atmosphere. So much in fact, that it’s bubbling under the surface, almost making it to the list of our top 10 visited countries in 2017.

*Bubblare: a Swedish noun referring to someone or something on its way up. Congratulations, you’ve now read the entire list of our top 10 visited places in 2017. You might have noticed that we like towers… Now we’re excited about what destinations 2018 will bring. Where did you go in 2017?

We wish you a fantastic 2018 with many happy travels! 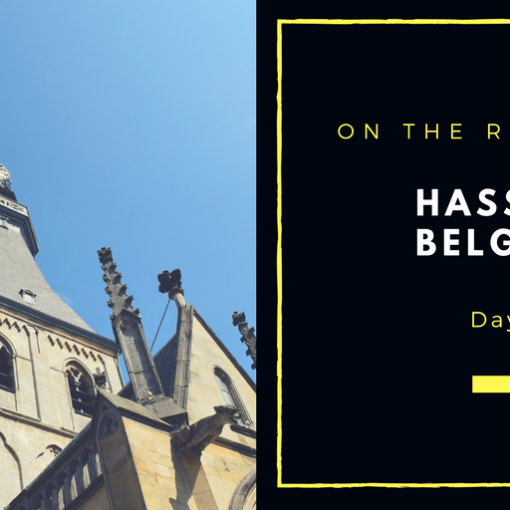 It is the last evening for us here in Hasselt. It has been three nice days here in Belgium, but tomorrow the […]

Let’s talk about cruises on the Baltic Sea! From an early age, the passenger ferries carrying people, cars, and cargo on the […] 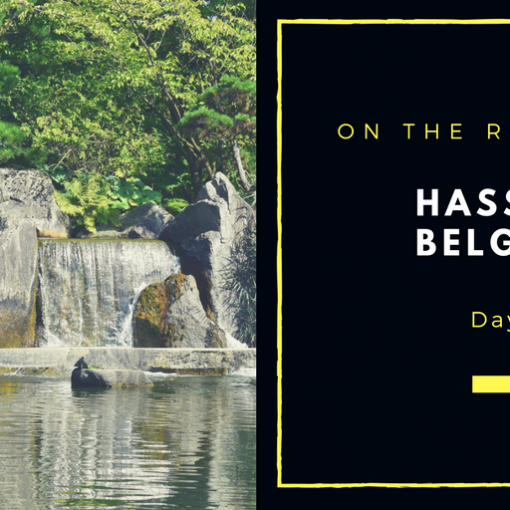 Have you ever heard of Hasselt? Neither had we before we decided to go there. Now we are happily installed here for […]

Let’s talk about walking. A few days ago, I read an interesting article about 12 unexpected health benefits of walking and the […]