We might still dispute whether all roads lead to Rome or not. However, in our case all the small roads we took across Europe eventually ended up in Rome and the Vatican- to our great surprise. This is the story of a day in Rome.

Italy was a stop on the way home after a month in Athens. Even though we had opted to stay in Frascati, there was no doubt in our minds that we wanted to visit the Italian capital. So the question was: what to do during a day in Rome? In the end, we didn’t make any plans. Traveling with a toddler, it was better to just go with the flow and see where we ended up. We didn’t want to be bound by any schedule as it was difficult to predict the Little A’s sleeping time. Fortunately, one of the greatest things about travel is letting your feet guide you. It is, however, possible to walk around and enjoy the city.

After arriving in Italy the day before, we were really looking forward to exploring Rome and the Vatican, as well as the area around Frascati where we were staying. Finally, we had the road to Rome directly in front of us. A Day in Rome

One of the rules of great travel is no stress. As we woke up in the morning at Villa Tuscolana, the sun was already lighting up the whole valley around Frascati. Only a lazy breakfast and then the road to Rome would be shorter than ever before.  Even though we hadn’t made any specific plans for the day – other than heading to Rome – we were looking forward to an interesting day in a city so shaped by history.

After a steady breakfast consisting of boiled eggs, we got Little A ready for new adventures. It is not always possible to just rush and be at the train station five minutes prior to the train’s departure. With a toddler, anything can happen and it usually does. That is why we eventually arrived way too early at the train station. Just because we had anticipated a bit more of lost time than we actually ended up with. Even though Little A might get a bit restless if sitting in her stroller for too long, but usually she has been really easy to travel with. This day’s trip to Rome was no exception.

A Walk Past the Colosseum

We arrived at Roma Termini at around 11 am on a Sunday after a pleasant train ride from Frascati. As I have already mentioned, we had no fixed plan. Our goal was to walk as much as possible. However, we decided we would head to the Colosseum first. The tranquility surprised us – even though it was a Sunday, we had expected more of a buzz.

The first impressive sight that caught our eyes was the Basilica di Santa Maria Maggiore. Here I must admit that we’re no great fans of religious monuments, so after a few moments by the church, we continued towards our stop some fifteen-twenty minutes away.

I don’t really know how I had imagined the Colosseum – I have always known about it, of course. I have seen and been to the Arena di Verona and thought that one was impressive. As we approached the Colosseum from the Oppian Hill Park, I felt kind of thrilled. It also felt a bit unrealistic (and somewhat absurd) to see this ancient landmark standing in the middle of a roundabout. We thought about entering it but decided against such an alternative because of many reasons. The most obvious being to stand in the long queue with Little A. Rome had seemed calm earlier, but not here. The crowds were stressful and the sun was starting to get really hot. Instead, we chose to find somewhere to eat instead. More impressive than the Colosseum, in my opinion, was the little we saw of the Roman Forum. However, this was no time for regrets – someday we will return to Rome and inspect all these landmarks more closely. Then we would probably need a plan on how to do so without ending up in the big crowds with a little toddler. Along the River Tiber

Now, there is one part of Rome I’m sad we did not check out. After lunch, we crossed the Tiber. As we had chosen our next stop, the Vatican, we did not stay to explore Trastevere. The charming old buildings were inviting – but maybe next time.

The walk down the river offered us some shade and it was indeed nice to distance ourselves from all the crowds at the Colosseum. It also proved to be a perfect way to understand the layout of Rome. Walking along the west bank of the river we really got to see how Rome changed around us as we got closer to the Vatican city. It did, indeed, take us longer than we had expected to reach St. Peter’s Basilica.  However, we felt that the sun had affected us a bit more than first anticipated. A quick stop for some water and coffee at McDonald’s (when in Italy, eh…) was required before continuing to the Vatican. Now, it would be nice to say that we have been to the Vatican City even though our stay was a rather short one. Apart from a general disliking of religious monuments, we also hate queueing. Do you think we entered the basilica? Nope. We’re not denying it’s an impressive building, though. It would have been really interesting to see the Gardens, but that would have required a paid tour so instead, So much more planning required once you enter the same path as the crowds. We have probably been spoiled when we usually go off the beaten track. Being completely alone at places such as Bunker BS-8 in Bratislava and Fort Casso in northern France.

We continued our way back to the center. On the way, we saw another interesting building, the Castel Sant’Angelo. Again we mused “next time”. I don’t think we’ve used the phrase “next time” anywhere else as often as we did in Rome. I guess we need to return to the eternal city fairly soon. The bridge crossing over to the city center is very beautiful indeed. Ponte Sant’Angelo dates back all the way to 134 AD and it is adorned with a lot of statues. The scenery is great too. I really liked this part of the city center, with its narrow streets and little shops.

It was soon time to catch the train back to Frascati, but on the way to the station, we saw some nice (but touristy) sights. I hadn’t realized there was so much to see at Piazza Navona – there was simply too many people. We took a quick walk in the Pantheon – together with what felt like hundreds of other people. And don’t let me even get started about Fontana di Trevi. Where did all those people come from? It was very difficult to appreciate its beauty, and we quickly continued back to Roma Termini. A day in Rome was coming to an end. Initially, we had talked about visiting the capital only once and spend all the remaining days in Frascati. However, we were left with a taste to see more.

Rome surprised me in many ways. Firstly, I knew it’s a big city but I hadn’t realized it was so big in ancient times as well. The distances between the various attractions felt rather long. Secondly, I have been told that the Romans are rude. Not once was anyone rude to us, the people were actually rather friendly. The one thing that did not surprise, though, was the number of tourists. Our next visit will be some other time of the year, not summer. The trains between Rome and Frascati run frequently. After a hectic day in the sun, it felt good to be back in our little town. With a population of a little over 20,000, it is a small town for real. Fortunately, it’s big enough to find food. Before climbing up to the villa on the hill, we had dinner with a lovely view. I tried a typical Roman pasta dish: cacio e pepe – spaghetti with pecorino and black pepper. Jesper opted for pasta carbonara – and some local wine with that.

Actually, I’m very happy we decided not to stay in central Rome. It was calmer and cheaper, and it also gave us the chance to explore the region. 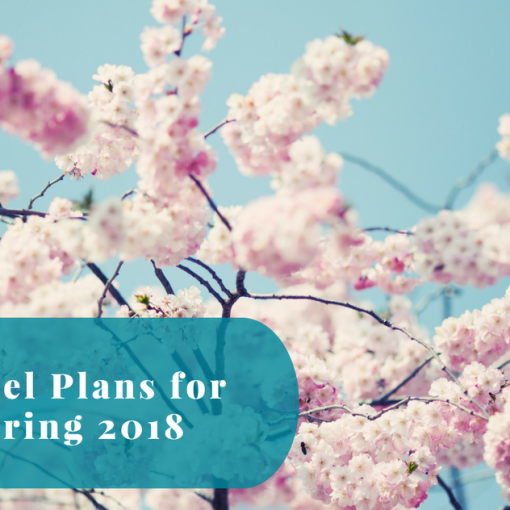 Hello friends! The snow is slowly melting outside, the birds are twittering about their return, and it’s time to start planning the spring. […]

It’s time to talk travel plans! August is here, and as I sit here in my parents’ living room I hear the […] 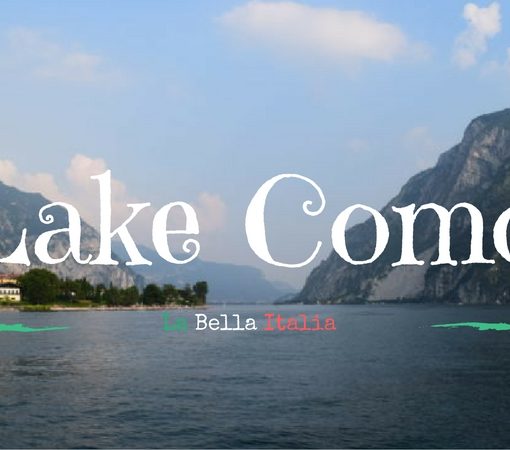 Two great things happened in July this year. We got married. And we visited some incredible places in Italy, including Lake Como. […] 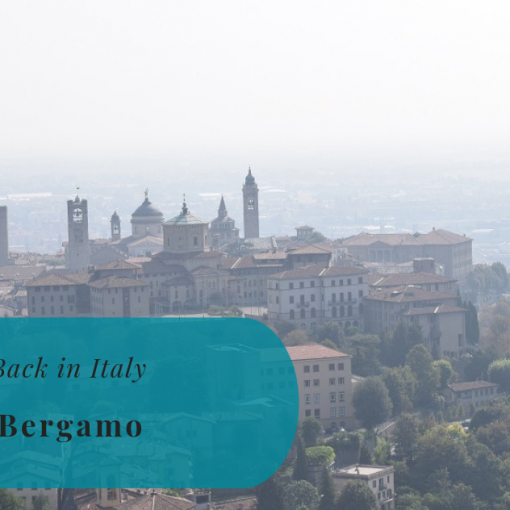 We visited Bergamo for the first time in 2015. At that time, we traveled down to the Italian city after our wedding. […]