Welcome to our stories from sunny Spain! This is part 1 of 5 in our series Stories from Sunny Spain. Join us in remembering our visit to Valencia and Spain in 2014.  In this first part, we take a quick glance further back, at my two (and a half) years of living in beautiful Valencia on the Mediterranean coast.

I sometimes feel that my life is very much like a book. Although the chapters create and contribute to the story, it looks like each chapter has lived its own separate life. Now I think that it’s time to look back on my life for a moment or two. There are so many things that I don’t want to forget. If I don’t write them down, they will fall into oblivion. A few years back, I lived in Valencia, Spain for a couple of years. Here’s a short summary of my time there. I say short because summarizing two years is not an easy task.

Valencia is the third largest city in Spain and I remember it very fondly. It’s not too big a town, but it really has a lot to offer. The beach is close, and there are plenty of bars, restaurants, pubs, and cultural events. It feels much less touristic than Barcelona or Madrid. I moved to Valencia because of personal reasons that I don’t want to discuss further here. For me, it was a lovely city to live in – the palm trees and orange trees gave a constant feeling of being on a holiday. The architecture witnessed of a long and fascinating history – the city was founded in 138 BC. There was also the promise of the sweet life: lazy days in quaint cafés, cozy bookshops, good shopping, spending time with friends. And let’s not forget all the festivities, such as fallas.

The gastronomy is a story of its own and it definitely deserves to be mentioned. The most famous dish is paella, but I enjoyed so many other dishes as well. The food there is so fresh, light and tasty.

I still dream of living in a warm country because somehow life seems so much easier there. Even though I know that it’s not really true – there are challenges everywhere. It’d be great to be able to combine Nordic salaries and welfare with some of the la dolce vita of the Mediterranean.

Before moving to Valencia, I had studied Spanish for a couple of years in school. However, I did not remember much of the language. Fortunately, I was forced to speak the language at work and with some friends (and on the street), so it did not take much time to improve my skills. Many people didn’t speak English, so it was up to me to speak Spanish if I wanted to communicate with the people around me. Spanish as such is not a very difficult language. For me, the toughest part has always been the subjunctive. But it’s one of those things that you learn with time and practice. Nowadays I don’t use Spanish as much as I would like to – perhaps I should get some books from the library?

There are two official languages in Valencia: Spanish and Valencian. It was easy to get by without knowing Valencian, even though many locals speak it at home and with each other. The languages are fairly similar.

I moved to Spain at an economically challenging time – it was right at the time of the financial crisis. Fortunately, I managed to find a job at a small family business. I applied for quite a few jobs before landing the position I finally got. As far as I can remember, nobody even called me to an interview despite my language skills and university degree. Believe it or not, it was the fact that I spoke Finnish that gave me the job at the end. Now that I have more professional experience from several countries, I have something to compare to.

You might have heard about the siesta – a very Spanish phenomenon. At my job, it meant that we had a two-hour lunch break. The days were quite long. However, Fridays were shorter. A positive surprise was the 13th salary (month) – apparently a remnant from Franco’s times.

After a year, I started working for a Finnish company that gave me the chance to work from abroad. That was the perfect solution for me: working part-time gave me the same salary as a full-time job in Spain. I wouldn’t mind getting that opportunity again – working part-time abroad with a Swedish salary. That would be a dream!

Would I recommend others to work in Spain? Sure! It’s a great option if you want to learn the language or if you want to gain some professional experience. However, my experience is that the salary is low and it’s difficult to save much. However, living costs are not that bad so it’s possible to lead a fairly good life with a normal salary. This would be more difficult for people with a family or with a mortgage, though.

Things I Miss From Valencia

Looking back at my time in Valencia, I can certainly say that there are many things I miss. One is the food and the street life. The atmosphere when going out for tapas and wine is very different than here in Sweden. The restaurants in Valencia are very good: imagine creperies, paella restaurants, tapas bars, ice cream bars, orxaterias, and the list goes on. There are some specific dishes I miss, too. At the moment I wouldn’t mind some leche merengada, tostada con tomate y aceite, and seafood. Maybe I should try to make them here?

As I have already mentioned, I also miss the lifestyle. And the weather. The possibility to swim in warm water. The Nordic countries have a lot of good things going for them, the climate is not one of them. Maybe some day we will have the chance to spend long lazy days in a buzzling city with beach, nature, shopping, and loads of delicious food and great culture.

Are you interested in reading more about our adventures while living abroad? Click here to read more >>

Here you can read more about Valencia >>

We recently visited the Canary Island of Tenerife. As with many other southern European countries, I didn’t think I would ever have […]

Our stories from sunny Spain continue. In this post, we write about our trip to Valencia in October 2014. We also share […]

Welcome to our new series about living and working abroad. As this is such a fascinating topic, we have approached some of […] 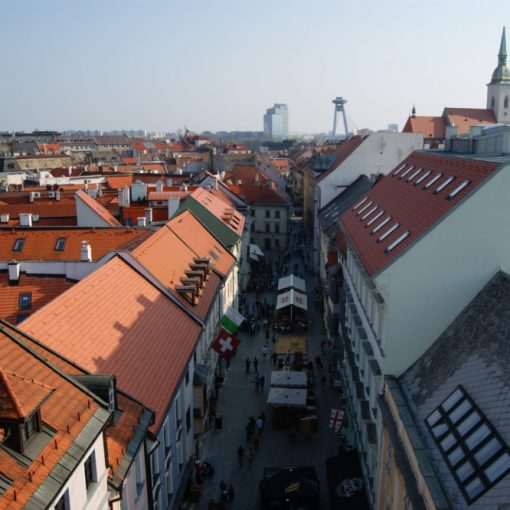 Living abroad has taught us a great many things about people, cultures, languages, and behaviour. In this post we share the five […]